May 18, 2011
LVIV, Ukraine -- The Lviv regional council urges Ukrainians to change the government in the country. 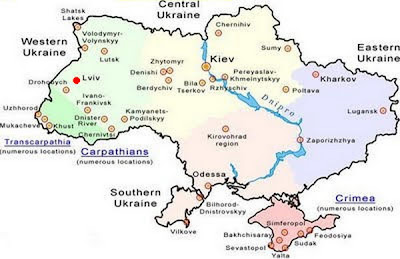 Ukrainian News learned this from the appeal of the council to Ukrainian people adopted at the extraordinary session of the regional council, which tackled incidents in Lviv of May 9.

"Our task is to jointly sweep this government to the garbage heap of history. This is the only way for Ukraine to construct a free, rich, and fair state," reads the appeal.

In the opinion of the regional council, a powerful protest is growing within the society.

The deputies urge Ukrainians not to yield to provocations and attempts of the government to split the country.

"On May 9 Lviv saw a cynical provocation. The current government has shown openly it works under a scenario from the Kremlin and written by FSB. It works at aggravation of the political confrontation and the split of Ukraine," reads the appeal.

The Lviv regional council notes it has warned the central government about provocations prepared for May 9.

A total of 76 deputies of the regional council of 83 present voted for the wording of the appeal.

As Ukrainian News earlier reported, following the local elections in Ukraine in October 2010, the Svoboda Party has 41 seats in the Lviv regional council, the Front for Change Party has 18 seats, the Party of Regions 10, the Rukh has 8 seats, Our Ukraine Party 7, the Party of Industrialists and Entrepreneurs has 6 seats.

Several clashes occurred between supporters of the Svoboda All-Ukrainian Association party and people celebrating Victory Day in Lviv on May 9.

Seventeen people sought emergency medical aid at Lviv hospitals as a result of the clashes.

One member of the Svoboda party was hospitalized with a wound caused by a bullet fired from a non-lethal pistol.

In addition, a wreath was seized from Russia's Consul General in Lviv Oleh Astakhov and trampled upon.

In total, the police have initiated five criminal cases in connection with these disorders.

On May 11, the Prosecutor-General's Office set up a working group to investigate the events that took place in Lviv on May 9.