Adventurer Sarah Outen Gets Into Ukraine On Second Effort

May 15, 2011
OAKHAM, Great Britain -- Explorer Sarah Outen has described how she was originally denied entry to Ukraine from Poland last week. 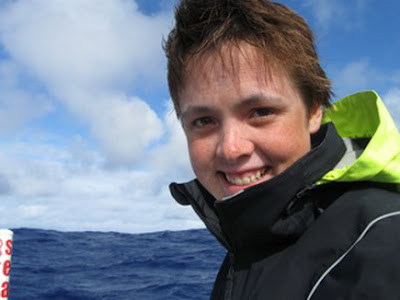 Adventurer Sarah Outen
Sarah, 25, from Ashwell set off on her adventure London2London: Via The World on April 1 and has so far made it to Ukraine by kayak and bike alone.

But she had to initially turn back when she reached Ukraine's border because they didn’t allow people through on foot.

Sarah then cycled south to Medyka and was allowed entry to the country there.

She then suffered her first set back on Monday when her bike Hercules got a puncture, but Sarah stated through her Twitter account that she was pleased the weather was warm and sunny for the repair.

So far Sarah has kayaked across the English Channel, and has biked across Europe on Hercules, crossing through seven countries.

From Ukraine she will cycle through Russia and then row across the Pacific Ocean, cycle across North America, row across the Atlantic Ocean and cycle and kayak home, returning to London in autumn 2013.