January 05, 2011
KIEV, Ukraine -- Ukrainian prosecutors yesterday threatened to arrest former prime minister Yulia Tymoshenko, who is charged with abuse of power, accusing her of foot-dragging in reading the charges against her. 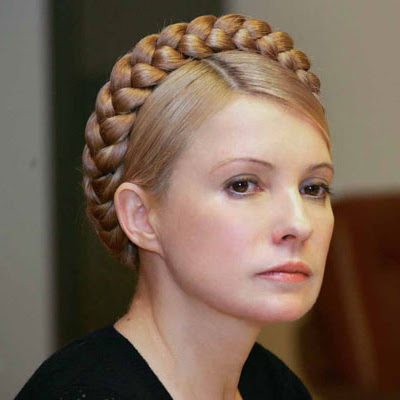 Yulia Tymoshenko
“If a person who has several university diplomas and has served in government needs four hours to read five pages (of the case), we conclude that she is intentionally dragging her feet,” said Olexander Kalifitski, an official with the prosecutor’s office.

And judge Sergei Gorbatiuk warned Tymoshenko that, if she persists, she could face “measures in accordance with the law”. Last month, a Tymoshenko aide was was arrested for the same reason.

The prosecutors however said they saw no immediate reason to arrest the former premier, who has been under house arrest in Kiev since last month.

Tymoshenko is being probed for using money earmarked in the state budget for environmental spending to cover Ukraine’s massive pension arrears in times of economic crisis.

She has dismissed the charges as a vendetta pursued by President Viktor Yanukovych and his henchmen against the leaders of the 2004 Orange Revolution uprising which annulled rigged elections he initially claimed to have won.

Tymoshenko was briefly imprisoned in 2001 on charges of forgery and gas smuggling. Those charges, which she says were politically motivated, were quashed in 2005.

Last November, officials also charged former interior minister Yury Lutsenko with abuse of power and taking personal possession of state property and ordered him not to leave the capital Kiev.

Lutsenko said through his lawyer that he had been arrested as part of the probe into the poisoning of former president Viktor Yushchenko when he was a presidential candidate in 2004.

Lutsenko’s political party Narodna Samooborona (People’s Self-Defence) said he had been detained for a period of two months.

Along with Tymoshenko, Lutsenko was one of the leaders of the 2004 Orange Revolution protest movement that followed elections allegedly rigged in favour of then-prime minister Viktor Yanukovych.

Last February, Tymoshenko lost a hard-fought presidential election battle to Yanukovych, leading her to step down as prime minister and go into opposition.