January 14, 2011
KIEV, Ukraine -- Ukraine’s decline in international rankings of democracy and economic freedoms is the result of the new government’s incompetence, Yulia Tymoshenko has said, according to the official web site of Yulia Tymoshenko. 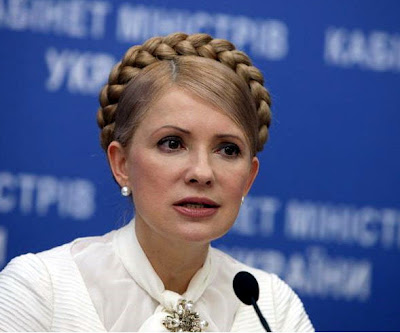 Ex-PM Yulia Tymoshenko
"Today’s news is shocking for Ukraine. The Freedom House report and international assessment of the situation in Ukraine are tragic. The international community has excluded Ukraine from its list of free countries. This must be the subject of public discussions," Yulia Tymoshenko said today before going to the prosecutor’s office.

The former prime minister believes Ukraine’s rankings have dropped because of President Yanukovych’s failed policies. "This is a summary of the first year under the new president and new government and it means that all of us who wanted freedom, fairness, justice and rule of law can no longer expect this. The world has reached this conclusion, not the Ukrainian opposition," she emphasized.

She pointed to Ukraine’s dramatic drop on the freedom of speech index as another negative result of the new government’s ineffective policies.

Yulia Tymoshenko also believes that Ukraine’s decline in economic freedom will have a negative effect on foreign investment.

"What is the rating of economic freedom? It is a country’s attractiveness for investment. Ukraine fell 12 places in one year, and is in last position among European countries. What this means is that after seeing how Yanukovych works, investors worldwide have essentially removed Ukraine from their investment plans," she added.

"What all this says is that in a year Ukraine has been degraded so much that it has regressed 10 years and continues to do so. I am concerned by this and it is something we must pay attention to," Yulia Tymoshenko said.