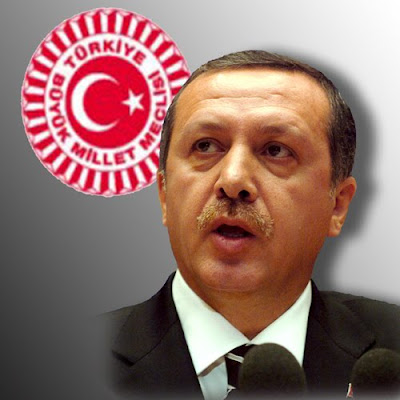 Turkish Prime Minister Erdoğan
Erdoğan met with Ukrainian President Viktor Yanukovych and his Ukrainian counterpart, Mykola Yanovych Azarov, on Tuesday, when the officials discussed ways to improve trade volume and agreed on key sectors in which both countries could cooperate.

Erdoğan also met with Ukrainian businessmen during his visit and was awarded an honorary doctorate by Taras University.

Speaking at a business meeting organized by the Turkish Union of Chambers and Commodity Exchanges (TOBB) in which 360 businessmen participated, Erdoğan said Turkey has gained momentum in improving its economy and has developed bilateral relations with Ukraine in every sector.

The Turkish prime minister set the goal of $40 billion in trade with Ukraine in 10 years and said the two countries have the potential to reach this number.

Turkish contractors have already carried out 128 projects worth $3 billion, and Turkish companies might receive an invitation from Ukrainian authorities for projects as the 2012 UEFA European Football Championship that will be held in Ukraine draws closer.

Ukraine and Turkey have also agreed on the establishment of a High Level Cooperation Council that will constitute a cooperative mechanism between the two countries.

Erdoğan also added that he discussed free trade and visa exemption deals, which he says will ease restrictions on trade and facilitate economic dealings between businessmen from Ukraine and Turkey.

Speaking at a news conference after official talks, Erdoğan said Turkey and Ukraine have agreed to start discussions on abolishing visa requirements and to speed up the process; the deal will be discussed along with a readmission agreement, a general agreement regarding the return of illegal immigrants between countries, with Ukraine.

“We want urgently to implement both deals, and we have already made the necessary preparations to be able to conclude future negotiations more quickly,” Erdoğan said. He stated that a free trade agreement and visa exemption deal will make it easier for Turkey and Ukraine to reach a $40 billion trade volume in a decade.

Yanukovych said trade lies at the heart of the visa deal, adding that the primary goal is to facilitate easy travel for businessmen and tourists in Ukraine and Turkey.

He added that Ukraine and Turkey would sign a readmission agreement and a visa exemption deal at the same time to speed up their implementation.

Erdoğan and Yanukovych had signed six agreements in various sectors following their bilateral meeting on Tuesday. Erdoğan stated in the same news conference that they have agreed to improve bilateral relations.

“This is a significant event,” Yanukovych also said at the news conference while announcing that he had agreed to establish a High Level Cooperation Council with Erdoğan, adding that this is an effort to meet the needs of two nations.

This council, he said, will be an important cooperative mechanism between the two countries.

The Ukrainian leader further said there are many things to discuss in regards to transportation projects and that the two countries have agreed to build transportation corridors in the region.

Along with other deals, Ukraine and Turkey have also agreed to cooperate in the defense and space industries. There are more than 400 Turkish firms operating in Ukraine with investments exceeding $1 billion in total.