Poland, Ukraine Count Down To Euro 2012

January 23, 2011
WARSAW, Poland -- Locked deep in winter, Poland and Ukraine are fixing their focus squarely on the summer of 2012, when Europe’s top football showcase is staged behind the former Iron Curtain for the first time. 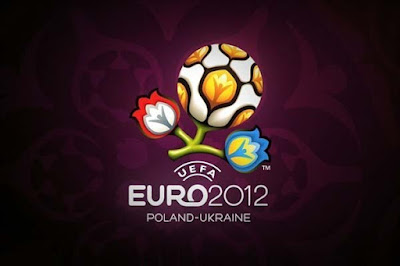 Euro 2012 kicks off in Warsaw on June 8 that year and ends with the final in Ukraine’s capital Kiev on July 1.

On paper, that leaves 500 days to get ready. But the hosts aim to have the pieces of the puzzle in place by the end of 2011.

Marcin Herra, at the helm of Poland’s preparations, said January to May 2012 will be devoted to ironing out problems.

From their glass-and-steel Warsaw office, Herra’s team have an impressive view of the city-centre construction site of Poland’s national stadium, 10 kilometres (six miles) down the River Vistula.

Their walls are plastered with complex charts plotting progress in dozens of projects, from venues and training grounds, to highways, airport terminals and hotels to cope with an expected 1.2 million fans.

“There’s a big difference when we compare the beginning of 2008, when only one or two investments were under construction,” former oil-industry executive Herra told AFP.

“We expect that 100 percent will be under construction in the first half of 2011. Poland’s the biggest construction site in Europe. There’s a huge amount of work, and it’s very, very visible,” he added.

In 2007, European football’s governing body UEFA caught pundits napping when it chose Poland and Ukraine over favourites Italy and joint bidders Hungary and Croatia to host the quadrennial, 16-team championship.

It marks UEFA’s first serious foray into the ex-communist bloc -- a step shadowed by FIFA in naming Russia to host the 2018 World Cup.

Euro 2008 took place in the comfort zone of Austria and Switzerland, while Euro 2016 will be held in France.

The communist era may lie two decades in the past, but Poland and, to a greater extent, Ukraine face challenges beyond anything in western European host nations.

They have understood that from the start.

“In 2007, we were fully aware that only the first half of the match, against the other bidders, was over,” said Adam Olkowicz, director of the Polish arm of the tournament and deputy president of Poland’s football association.

“In the second half, our only opponent is time,” he underlined.

Poland and Ukraine have been bedevilled by doubters from the outset.

“In 2008 there was a first report by UEFA, and it gave a yellow card. And because of that, the message which went out to the world was that this is high risk. So it’s always difficult to change this,” said Herra.

As recently as April 2010, UEFA chief Michel Platini warned the Ukrianians that if stadium plans in Kiev went awry they would lose their host status.

By August, however, he said the ultimatum had expired.

Ukrainian officials says Kiev’s stadium should open by August 24, in time for the 20th anniversary of independence from the crumbling Soviet Union.

“Today there is no risk, not for the tournament in Ukraine, nor for any serious component of it,” said Ukraine’s deputy prime minister Borys Kolesnikov, who holds the Euro 2012 portfolio.

“Alarm bells never disappear 100 percent,” he said. “You always have to be very careful until the end. But everything looks promising,” he said. “But it’s also not the most important thing that everything in all areas is delivered as planned. If they bring 90 percent or so, we’ll be very happy,” he added.