Litvin: EU Stands To Lose If Turkey And Ukraine Left Out

January 19, 2011
ANKARA, Turkey -- Europe will be divided and the EU will not matter in the coming decade if Ukraine and Turkey are left out of the bloc, a senior Ukrainian official has warned. 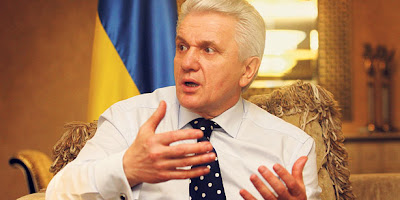 “The EU will not be able to acquire the desired leadership role in the continent if it decides to leave out both countries, with a combined population of 115 million people and large stretch of land. Combined together both the Turkish and Ukrainian territories comprise over half a million square miles of the European continent and can’t be considered as non-Europe,” he stated.

Litvin’s warning reflects the growing concern in Brussels that both Turkey and Ukraine have been frustrated with the EU integration process, often thwarted by the petty interests of some member states.

“The European Union should not narrow the scope of its foreign policy cooperation with Turkey and Ukraine at a time when those countries have shown a will to conduct foreign policies that are not necessarily in line with those of the EU,” Enlargement and Neighborhood Policy Commissioner Stefan Füle was quoted as saying last year to the information portal EurActiv.

Füle, who is responsible for EU relations with Turkey as a candidate country and with Ukraine under the European Neighborhood Policy, said that more needed to be done to coordinate views on world affairs.

While Turkey has recently started to pursue an independent foreign policy in the region and is increasingly involved with non-EU partners, the Ukrainian parliament adopted a bill last year resetting its foreign policy priorities and confirming the non-aligned status of the country.

Ukrainian President Viktor Yanukovych, who was elected earlier last year, abandoned plans for the country to join NATO, and mended relations with Russia. The country still cooperates, however, with NATO on training and mission activities and the Ukraine-NATO Interparliamentary Council is very active, Litvin said.

Litvin pointed out that the EU would fail to promote stability in Eastern Europe, especially the Balkans, without help from Turkey. He also underlined that both countries are key in stemming the influx of illegal immigration because they are positioned along the transit routes to Europe.

“Both Turkey and Ukraine are undertaking responsibilities for repatriating these immigrants and shoulder the economic burden for that,” he said, asking for the EU to honor its obligations to Turkey and Ukraine.

The parliament speaker specifically singled out the visa difficulties for Ukrainian nationals and expressed his dismay at the lackluster progress on the part of the EU with respect to this issue, despite the considerable work completed in his country’s parliament to align itself with the EU.

“The EU should overcome the selfishness, look back to history and draw from its lessons. In the coming decade, we should ask ourselves what kind of Europe we want,” he argued.

Litvin said Turkish Prime Minister Recep Tayyip Erdoğan’s upcoming visit to Kiev at the end of the month would signify a turning point in bilateral relations. “We are hoping to sign the High-Level Strategic Council agreement during this visit, which would pave the way for further cooperation in a number of areas,” he said, adding that a visa waiver agreement was also being discussed.

Recalling that Turkey and Ukraine have a long-shared history, Litvin said the government is quite committed to work with Turkey on every level. He praised Turkish investments in his country, saying that Turkish companies are making contributions to the economic progress of Ukraine.

About 400 Turkish companies operate in various fields in Ukraine and Turkish construction firms run 128 projects in the country. “The number of Ukrainians visiting Turkey is quite high as a result of our good relations with Turkey, which undoubtedly has helped contribute to the positive image Turkey has in our public opinion,” he stressed.

Litvin further underscored that both countries have huge potential in energy and transportation. “We could develop joint projects, for example, in the Black Sea basin,” he noted.

Stressing that large projects carry hefty price tags, he said the risks would be reduced and financial burden would be shared if both Ankara and Kiev could pool their resources together. The trade volume between the two countries was $4.2 billion in 2009 and was estimated to exceed $5 billion in the last year.

Asked how he feels about the Nabucco pipeline project, which would carry Caspian natural gas resources to Europe via Turkish territory and bypassing Ukraine, Litvin emphasized that Turkey has sovereign rights to decide the matter by herself, according to her own national interests, and Ukraine respects that.

“It is wrong to single out one issue. We should evaluate our relations from a holistic approach and we need to look at energy projects from the economic point of view first and foremost before taking up the political dimension,” he stated.