Hryschenko: Quality Of Association Agreement With EU More Important For Ukraine Than Date Of Its Signing

January 29, 2011
KIEV, Ukraine -- Ukrainian Foreign Minister Kostiantyn Hryschenko has said that Kiev will make every effort to reach a compromise during talks on an association agreement with the European Union. 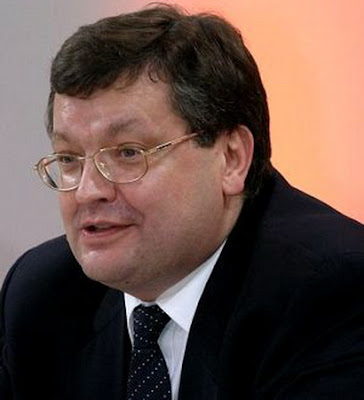 Ukrainian Foreign Minister Kostiantyn Hryschenko.
He said in an exclusive interview with Interfax-Ukraine that in general, certain progress had already been made in this direction.

"We expect that the mutual understanding that has been reached, and the fact that the EU presidency will be held by Hungary and Poland, which are consistently defending Ukraine's interests in the EU, will help us complete these negotiations this year," Hryschenko said.

He added that Ukraine expected the EU to adopt political decisions concerning the gradual opening of its market, first and foremost, access to the agricultural market, the services market, particularly transport and energy, as well as the spread in Ukraine of the freedom of entrepreneurial activities and the freedom of the movement of persons.

"Thus, we are currently focusing, first and foremost, on the quality of the future agreement, rather than the date when the negotiations are completed. We will make every effort to reach a respective compromise in the shortest period of time," the minister said.