Russia May Grant Ukraine Access To Glonass For Military Use 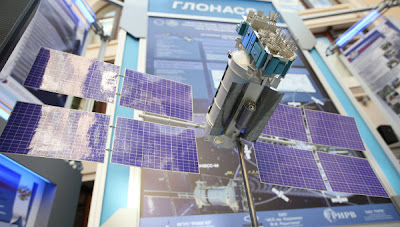 Glonass satellite navigation system.
Glonass is the Russian equivalent of the U.S. Global Positioning System, or GPS, and is designed for both military and civilian use. Both systems allow users to determine their positions to within a few meters.

"If the Ukrainian government shows interest in gaining access to a [Glonass] high-precision signal, we will readily consider this issue," Ivanov told reporters in Moscow.

Russia earlier proposed setting up a joint venture with Ukraine for the development and implementation of the Glonass system.

Ivanov said Russia has been successfully cooperating with India on the use of the Glonass system for defense purposes after Moscow and New Delhi signed a relevant agreement in March.

Russian-built Glonass receivers for aiming and target acquisition are used, in particular, on Brahmos supersonic cruise missiles. According to Indian sources, the receivers have so far performed reliably and consistently.

Russia currently has a total of 26 Glonass satellites in orbit, but three of them are not operational.

Three more Glonass-M satellites are scheduled for launch by the end of 2010, allowing Russia to operate a complete Glonass network of 24 operational satellites and have 3-4 satellites in reserve.