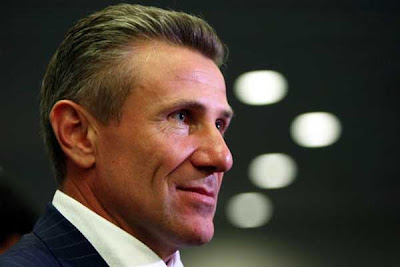 Serhiy Bubka
As a one-time Olympic champion, Serhiy Bubka knows all about the impact a major sporting event can make. Hence the former gold medal-winning pole vaulter is keen to stress the significance of co-hosting UEFA EURO 2012 for Ukraine, describing the tournament as "extremely important for our country" in terms of prestige and development.

Speaking as one of the Friends of UEFA EURO 2012 selected to help promote the finals, the 46-year-old Bubka told UEFA.com that the 2012 championship had the potential to be "a wonderful thing" for Ukraine and Poland.

UEFA.com: What motivated you to get involved in UEFA EURO 2012?

Serhiy Bubka: This is a great event for the nation, for the sport, and it is wonderful that an event like EURO 2012 will take place in Ukraine.

UEFA.com: How are preparations going?

Bubka: Economically, in terms of preparations for the tournament, we are working hard to make it happen. "This is extremely important for our country and also for the economic development and infrastructure. This will mean a major boost for the development of Ukraine, perhaps in terms of 20 to 30 years".

UEFA.com: How will co-hosting UEFA EURO 2012 help improve the sporting image of Ukraine?

Bubka: Overall Ukraine is known as a sporting nation. We have had a number of Olympic achievements. So we are representing a sporting nation and in order to keep our successes going, it is important to develop adequate infrastructure and to make sure we can achieve the goals we are setting.

UEFA.com: What impact will hosting this event have on Ukraine?

Bubka: It is very important for our country that the staging of the tournament is done at the highest level possible – hotels, airports, train stations, restaurants, stadiums.

It is the whole organisation, it's how we receive our guests, and what feeling they leave with after it is over. Since we have taken it upon ourselves to host this event, it is our joint responsibility to ensure that it has a very high level of organisation.

We are talking about the international prestige of Ukraine, of our people. Since EURO 2012 is a great happening, I hope we will do our best to portray a positive image, so that the event will be a wonderful thing in Poland as well as Ukraine.

UEFA.com: Do you think hosting the EURO will also have an influence on the development of sport for children in Ukraine?

Bubka: It will have a very positive influence on children and young people. Holding a major tournament in our country will touch every citizen, every child and adult, everyone. It will lead to great interest in sport and physical activity in general, and in football in particular.