September 24, 2010
BRUSSELS, Belgium -- No EU money can flow to Ukraine's state programmes for the environment unless the government opens up to input from civil society, the European Commission said on Friday, while separately welcoming Kiev's new commitment to adapt its energy legislation to EU law. 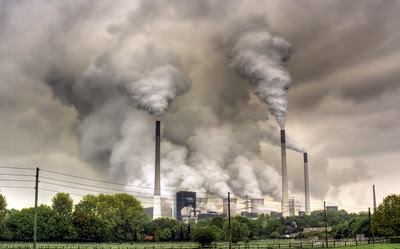 Ukraine's CO2 emission levels are 50% lower than in 1990.
According to Bankwatch, an umbrella network of enviromental NGOs working in central and eastern Europe, Ukraine's environment strategy is being drafted in an undemocratic way and is "deceptive," because it allows an actual increase in CO2 emissions by 2020.

By pledging to respect the EU target of reducing greenhouse gas emissions by 20 percent by 2020 compared to the 1990 levels, Ukraine can actually afford an increase of its current levels, as due to its industrial downturn, it currently emits less than half the CO2 it did in 1990.

Adopting the strategy by the end of the year is key in securing EU aid to the tune of €35 million, and consulting with civil society is one of the conditions for the funds. After having ignored "for three years" any input from NGOs, the government held last-minute public consultations in August, but then excluded any of their recommendations from the draft submitted to the parliament.

"The commission is aware of the discussion in Ukraine concerning reported shortcomings in the public consultation process for the national strategy for the environment," Angela Filote, spokeswoman for the commission's neighbourhood policy told this website.

"We have raised this issue with Ukrainian counterparts and we have insisted that the strategy should be developed in an open and transparent fashion, taking account of the views of stakeholders. This is also a condition for the EU sector support programme to be established, and will be a precondition for any disbursement of funds," she said.

"In addition, the commission will actively continue its dialogue with Ukraine aimed at promoting ambitious measures to combat climate change.

Meanwhile, from the energy commissioner's side, Kiev was applauded for signing up to the so-called European Energy Community aimed at bringing in line with EU law the national energy legislation in the Balkans, Moldova and Ukraine.

The commission will however "assist" Ukraine in transposing the EU directives into national law and will set "deadlines" for this process, a spokeswoman for energy commissioner Guenther Oettinger said during a press briefing.

This process will grant Ukrainian companies access to the EU energy market and in return it would "enhance security of supply," she said. For instance, Ukraine's state company Naftogaz, which imports all the Russian gas flowing to Europe, would have to separate its activities, as it also owns the pipelines that deliver the gas.

Some 80 percent of EU's gas imports from Russia transit Ukraine, a dependance which was accutely felt in the winters of 2006 and 2009 when Russian gas monopoly Gazprom turned off the tap due to pricing disputes with Ukraine's Naftogaz. Political divergencies between the then pro-Western government in Kiev and the Kremlin were however seen as the main reason behind these drastic moves.

The commission's focus on Ukraine's energy sector – with pledges to invest in the modernisation of the gas pipeline network in return for an alignment to EU law – seems to ignore some of its most polluting aspects, Iryna Holovko from Bankwatch told EUobserver.

"The commission seems to care only about gas supplies and not much about the environmental impact from further developing coal and nuclear sectors – as outlined in Ukraine's energy strategy."

"Since the commission has now chosen environment as a strategically important sector to be supported in Ukraine, this support should be for the benefit of the people and the environment," she said.