September 24, 2010
CHERNOBYL, Ukraine -- Ukraine began construction of the foundation for a new sarcophagus to cover one of the destroyed reactors at the Chernobyl nuclear power plant, local media reported Thursday. 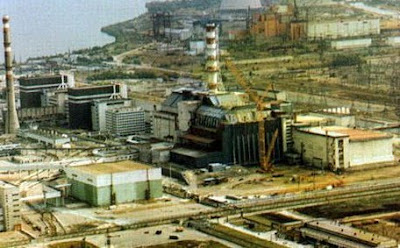 Reactor number 4 at Chernobyl nuclear plant.
The project, called a safe, new confinement, would function for 100 years. The structure was designed as an arch with a height of 108 meters and a length of 150 meters over the existing sarcophagus.

The technology building will include units for decontamination, sanitation, workshops and other facilities.

The sarcophagus will be equipped with modern systems for radiation safety control, according to the project.

Earlier, 2011 was declared in Ukraine as "the year of solving problems of Chernobyl."

United Nations Secretary General Ban Ki-moon said Wednesday he plans to participate in an international conference dedicated to the 25th anniversary of the Chernobyl disaster in Ukraine.

Despite the accident, the country continued to operate the remaining reactors at the plant for many years.

The last reactor was finally blocked in 2000.