September 15, 2010
CHERNIHIV, Ukraine -- Former Ukrainian President Leonid Kuchma has said that the case on the murder of journalist Georgy Gongadze is “an international provocation." He told this to reporters during his visit to Chernihiv. 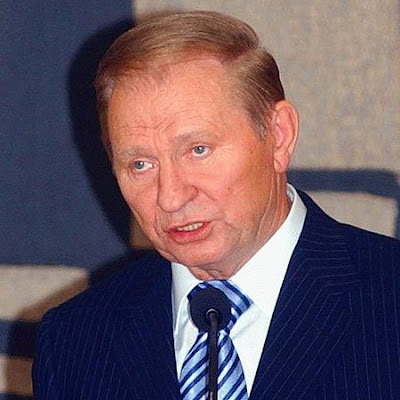 Former Ukrainian President Leonid Kuchma.
"This is an international scandal designed to compromise Ukraine. They didn't give me or Ukraine any peace for five years," he said.

Kuchma said that foreign secret services had been involved in Gongadze's disappearance.

He added that agents from the U.S. Central Intelligence Agency were present at anti-presidential demonstrations following Gongadze's disappearance.

“This was paid for. Money makes everything possible,” Kuchma said.

On September 14, 2010, the Prosecutor General's Office of Ukraine announced the completion of the investigation into a criminal case against Oleksiy Pukach, the former head of the external surveillance unit of the Ukrainian Interior Ministry's main criminal investigation department, who is accused of killing journalist Georgy Gongadze in 2000.

The investigators said that former Ukrainian Interior Minister Yuriy Kravchenko had ordered the killing of the journalist.

Lieutenant General Pukach was arrested in Zhytomyr region in July 2009. On July 23, he was remanded in custody under a court ruling.

Former Interior Minister Yuriy Kravchenko was found dead in his house on March 4, 2005.

The investigators agreed that he had committed suicide. Kravchenko left a suicide note in which he said that he had not been guilty of anything.

Gongadze disappeared in Kyiv on September 16, 2000.

In November 2000, a beheaded corpse was found in a forest near Tarashcha in Kyiv region, and experts concluded that it was likely Gongadze's.

However, the mother of the journalist, Lesia Gongadze, disagreed that this was the body of her son.