September 22, 2010
KIEV, Ukraine -- Ukraine and the European Union are not likely to sign the Association Agreement during the November 22 summit, the European Commission's spokeswoman, Angela Filote, told Interfax-Ukraine. 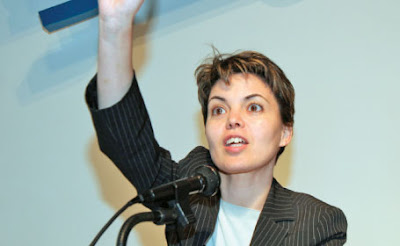 EU spokeswoman, Angela Filote
She said that the parties had already agreed that they need another year to complete the agreement.

According to her, the summit with Ukraine will give the European Union the chance to analyze Ukraine's progress on the path to the Association Agreement, but it is to early to predict when it will be signed.

European Commission President Jose Manuel Barroso and Ukrainian President Viktor Yanukovych earlier agreed that the agreement may be signed in 2011, if the is a progress in respect of the agreement and if the two sides are properly involved in this process, she said.

As reported, Head of the Presidential Administration of Ukraine Serhiy Liovochkin said on September 20 that Ukraine and the European Union might sign the Association Agreement during the EU-Ukraine Summit in Brussels on November 22, 2010.