August 13, 2010
KIEV, Ukraine -- There are indications that the Ukrainian government has agreed to return RosUkrEnergo (RUE) the disputed gas, which the Stockholm court ruled belongs to RUE. 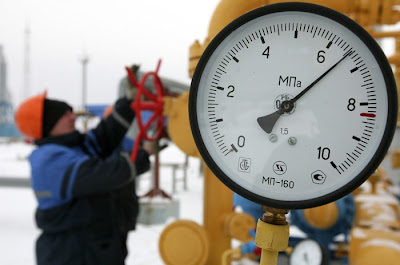 According to the ruling, Ukraine has to either accept by September 1, or appeal by September 8. The government apparently chose to return the gas, as there is little chance that an appeal would be upheld.

This means that ahead of the peak heating season, Ukraine will be short of 12 billion cubic meters (bcm) of gas which is more than 20 percent of its annual consumption. The situation raises questions about the integrity of both the previous and current governments.

In early June, the Arbitration Institute of the Stockholm Chamber of Commerce ruled that Naftohaz Ukrainy owed RosUkrEnergo 12.1 bcm of gas and $192 million. This included the 11 bcm of gas which the cabinet of Prime Minister, Yulia Tymoshenko, took from RUE in early 2009, plus damages.

RUE is a joint venture between Russia’s Gazprom and Ukrainian energy tycoon, Dmytro Firtash, which mediated in Russian gas deliveries to Ukraine in 2006-2008. In early 2009, Tymoshenko expelled RUE from the market with Gazprom’s consent, and authorized the seizure of the gas which belonged to RUE from Ukraine’s gas storage facilities.

This was part of a settlement with Gazprom which gave the state company Naftohaz the right to claim RUE’s debts to Gazprom.

However, Firtash sued Naftohaz in Stockholm, and Ukraine eventually lost the dispute. Recently it emerged that the defeat was most likely due to the fact that under pressure from Gazprom and Tymoshenko, who had established special relations with Vladimir Putin, Naftohaz agreed to eliminate any mention of Gazprom officials from its papers submitted to the Stockholm court.

As a result, on paper, it appears that Naftohaz took the gas from the owner without the owner’s consent. Experts in the Kyiv-based NOMOS think-tank argued in a recent article that Naftohaz and Ukraine should appeal in Sweden, saying that RUE acted as a de facto subsidiary of Gazprom which authorized the deal with Tymoshenko.

However, such an appeal is unlikely, as Firtash has powerful allies in the current government. Fuel and Energy Minister, Yury Boyko, is a long-standing friend of Firtash.

The Stockholm court ruling cannot come into force without approval by a Ukrainian court, so RUE turned for such an approval to a district court in Kyiv in mid-July.

In theory, it may take RUE several months to secure the approval, but RUE expects a ruling by September 1, in order that Naftohaz should have time to return the disputed gas to RUE before the heating season.

The government is already negotiating the form of compensation with RUE. The fuel and energy ministry reportedly suggested that RUE should sell the disputed gas, which is kept in Ukrainian storage facilities, to domestic industrial consumers.

The newspaper’s source said if the gas had been returned to RUE for exporting Ukraine would be short of gas for heating. This means that RUE is returning to the Ukrainian market despite Tymoshenko’s efforts.

If Naftohaz returns the gas to RUE, it will have to buy more gas from Russia. Consequently it will be very difficult for the government to keep Naftohaz’s deficit under 1 percent of GDP in 2010, and to balance its budget in 2011, as agreed with the International Monetary Fund (IMF).

Non compliance with obligations to the IMF may result in the IMF suspending its $15 billion stand-by loan to Ukraine. Meanwhile, Gazprom, which is behind RUE, stands to benefit.

Last year it earned $1.7 billion for the 11 bcm of gas which Tymoshenko took from RUE. Now Gazprom and RUE should be able to sell the same again, plus receive the 1.1 bcm of gas awarded in damages.

Tymoshenko’s energy adviser, Oleksandr Hudyma, estimated that Gazprom as a result would earn over $1 billion as the 50 percent owner of RUE.

Firtash has several options concerning his share of the profit. The ailing Nadra bank, which he has wanted since the start of the financial crisis, has announced that it completed the restructuring of its foreign debts and now it qualifies for recapitalization promised by the government.

The government decided last May to invest $1.3 billion in Nadra jointly with Firtash, after the restructuring of foreign debts by the bank.

On August 10, the business daily, Ekonomicheskie Izvestia, cited market rumors according to which Firtash is considering buying two chemical plants in Ukraine, Stirol and the Cherkasy-based Azot. Each chemical plant costs from $300-600 million, according to the daily.