August 23, 2010
KIEV, Ukraine -- Ukraine marks the 19th anniversary of the gaining of independence on Tuesday. In an address to the people of Ukraine on the occasion of the Day of Independence, President Viktor Yanukovich pointed out, "Nineteen years ago with great hope and belief we responded to the challenge of fate by embarking upon the road of creation and development of an independent state of our own". 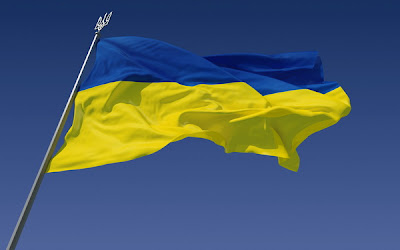 The President believes that "the peculiarity of the present day, when we are entering a 20th year of independence, is that the authorities do everything to ensure that Ukraine gains an economic independence as well".

"Because a real independence is based precisely on that foundation. My programme of reforms is a programme for building an economically independent Ukrainian state," Yanukovich stated.

"I shall not allow the country to swerve off the democratic road of reforms to satisfy the selfish interests of some irresponsible politicians," the Head of State added. "I understand that the road that we have chosen is very complex and hard.

The outcome of the historic referendum marked the beginning of a final break-up of the Soviet Union. Presently, on December 8, 1991, the leaders of independent Ukraine, the Russian Federation and the Byelorussian SSR signed a Belovezhye Accord on the dissolution of the Soviet Union.

The Accord was ratified by the parliaments of those countries and supported by a majority of the republics of the USSR. Shortly after that the state independence of Ukraine was recognized in the whole world.

Notwithstanding the fact that during the December 1 referendum in 1991 more than 90 percent of Ukrainians supported the independence of Ukraine, thereby factually legalizing the country's withdrawal from the Soviet Union, many present-day Ukrainians pine for Soviet times.

Over 45 percent of Ukrainians participating in a survey carried out by the Razumkov Center are confident that the economic situation has deteriorated and the population's living standards have declined in the independent Ukraine, as compared with those in the Ukrainian SSR.

The present authorities promise to rectify the situation in the country through effecting large-scale reforms. However, in order to do that, Yanukovich associates believe, it is essential to broaden the powers of the Head of State.

According to Sergei Levochkin, head of the presidential administration, Yanukovich with his powers has enough clout in the state but that his activity, in effecting reforms, in particular, could have been more effective if those powers were extended. Levochkin declared in favour of reverting to the Constitution of the1996 pattern.

Yanukovich himself also states that he wants to enhance the presidential powers. With this end in view he considers it advisable to rewrite the Constitution. "The Constitution in the present-day dynamic historical conditions requires some amendments.

Some of its norms, such as, specifically, those hastily adopted at the end of 2004, have become the cause of imbalance and a serious crisis of power and, it means, the target for well-founded criticism inside the country and on the part of the international community," Yanukovich said earlier.

According to sources, in a speech on Tuesday, Yanukovich is expected to state the need to cancel the constitutional reform of 2004, which will enhance his powers. It is true, as Mikhail Chehetov, deputy head of the parliamentary faction of the Party of Regions, said, "No one knows now what the President will say exactly". In so doing the Member of Parliament recognized the need to enhance presidential power.

"We all are in need of order and, it means, a strong vertically integrated system of power with clear-cut powers. And we shall ensure that," Chechetov emphasized.

On Monday, Yanukovich stated that he so far intends to refer to the Verkhovna Rada only proposals about amending the law on local elections.

"On August 25, immediately after the Independence Day, I shall sign amendments to the electoral law and I shall insist on the convocation of an extraordinary meeting of the Verkhovna Rada so that we could amend the law and political forces would get an opportunity under the provisions of the new law to take part in the elections", he said.

The President did not specify what amendments exactly he intends to initiate, pleading an extensive list of amendments.