One Russian’s View Of Ukrainian Statehood

August 23, 2010
MOSCOW, Russia -- Stanislav Belkovsky writes that to remain independent, build Ukraine from within. Ukraine will mark its 19th anniversary of independence on Aug. 24. 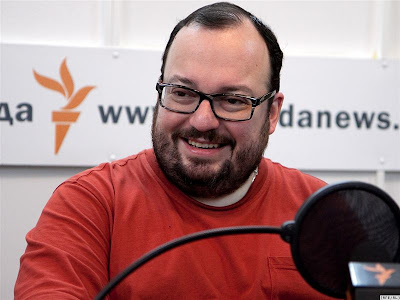 Stanislav Belkovsky is a Russian political analyst. He is a founder and director of the National Strategy Institute and of the communication company Politech.
On the eve of the holiday, discussion is once again building up in political and expert circles as to whether Ukraine has actually formed in full measure as an independent state. Ukraine not only has all the necessary attributes of statehood in the political, economic and military spheres, but it also independently takes decisions about its own fate.

I would like to examine the last thesis in more detail. Yes, Ukraine has been independent for a long time.

But the actual notion of independence has changed significantly in the modern world since 1991.

Back then, on the ruins of the Soviet Union, independence was perceived by the elites of the former Soviet states not as a change to build an autonomous state, but rather more like a “change of an empire,” to quote Joseph Brodsky.

Independence was an opportunity to leave a bad empire, the totalitarian communist Soviet Union and its historical inefficiency, for a good one – an abstract Big West, which included Europe, NATO and was backed up by the U.S., itself claiming global leadership.

Two decades ago, when the world’s communist system was crashing, it was fashionable to believe in the liberal end of history suggested by American philosopher Francis Fukuyama.

It was thought at the time that the Euro-Atlantic-style democracy would soon conquer the world, and totalitarianism and similar ideologies would be defeated forever. But the last 19 years have shown that “the end of history,” Fukuyama-style, will probably never come.

That the classical values of Western liberalism survive well within the limits of the actual Euro-Atlantic civilization. But beyond its borders democracy often leads to chaos and eventually the revenge of authoritarian forces.

The unsuccessful attempts by the U.S. to forcibly democratize Afghanistan and Iraq have become a good demonstration of that.

It was 19 years ago that conversations prevailed about how soon communists would lose power in swiftly liberalizing China.

But today the elites of the West are virtually praying for the Chinese authoritarian rulers and the Communist Party’s power to continue.

It is because only the Communist Party is capable of knowing how to keep its 700 million peasants and 500 million industrial workers destitute, making no more than $600 and $2,000 per year, respectively, to support the stability of the world’s economic pyramid.

If an average Chinese seriously decides they want freedom and a Western-style consumer society, the whole pyramid will collapse.

Finally and especially important for Ukraine, the Big West does not really want to get any bigger now. By the end of the first decade of the 21st century, it has become obvious that the West, having shed its euphoria from the time when the Berlin Wall was taken down and the bipolar world disintegrated, is not striving to leave its natural civilization boundaries.

That’s because it has become clear that the export of democratic and consumption-based societies beyond those boundaries is ineffective.

There are simply not enough carrots around for all participants. And that means that the post-Soviet states, including Ukraine as the second-biggest one, is no longer in a state of transit from the kingdom of communism to the kingdom of freedom.

The prospects of European and Euro-Atlantic integration are becoming foggier for Ukraine by the day.

Ukraine is now on its own. It has the right to establish whatever regime it likes, and to conduct the kind of reform it prefers. Obviously, they have to be adjusted to suit the basic interests of the Big West.

For example, Ukraine is expected to join the international isolation of pariah countries, like Iran and North Korea, and stay dependent on foreign sources of capital. Just like the West, Russia no longer intends to forcibly grasp Ukraine in its loving embrace.

Hysterical speculations that Russian tanks will come to Kharkiv tomorrow, and that Viktor Yanukovych is a KGB agent with 30 years of experience, might be good for mobilizing some nationalistic Ukrainian voters, but they poorly reflect reality.

Russia has more urgent priorities than integration with Ukraine, like putting out forest fires that have revealed the weakness of the authoritarian state mechanism of the post-soviet Russian Federation.

Now, nearly a year after the Kharkiv agreements prolonging the stay of the Russian Black Sea Fleet in Crimea, it has become clear that these agreements have not changed anything significantly in Ukraine’s destiny.

The existing status quo was frozen, which is convenient for both sides. The Black Sea Fleet has always played a tiny role in Ukraine’s politics.

And as far as the dramatic question goes that had been persistently asked last February, namely whether Ukraine would be accepted to NATO and the European Union with a Russian fleet on its territory, the answer now is clear.

Ukraine will not be accepted by either – fleet or no fleet. So, what does it mean for Ukraine in terms of its strategy?

It means that Ukraine has approached a point where it needs a new level of understanding of its independence, not as a way of integration into super-state structures which will take on some of the nation’s problems, but as a true freedom – to act in accordance with the capabilities and resources Ukraine has as a sovereign state.

This new comprehension of independence requires from the Ukrainian elites an understanding that the country has to create new institutions that would reflect the nature of a truly modern and independent state.

They need a new economic model that does not pre-suppose a heavy reliance on heavy industries like the swiftly deteriorating steel industry inherited from the Soviet Union.

The new strategy has to aim to form a mentally monolithic political union, the nation of Ukrainians, oriented not towards external powers such as Russia, the European Union or the United States, but towards the tasks of internal state building. In 1991 Ukraine did not win its independence.

It received it for free because the Soviet Union had collapsed. Now, 19 years later, it’s possible that a new stage might start in the fight for independence.

Ukraine will have to prove that not only can it survive, but it can flourish as a fully-fledged independent state, rather than a part of someone else’s empire.