August 12, 2010
WASHINGTON, DC -- The financial viability of Ukrainian gas company Naftogaz is crucial for the economic recovery under way in Kiev, the International Monetary Fund said. 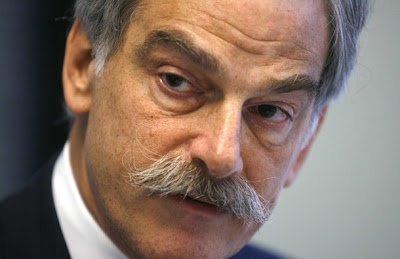 John Lipsky, first deputy managing director of the IMF
The executive board at the IMF announced that it approved a $15.1 billion loan to Ukraine to help the country reform its gas sector and revitalize the national economy.

The recession that rocked global markets in 2008 and 2009 hit Kiev particularly hard, leaving the country struggling to pay its gas debts to Russia.

Moscow in January 2009 cut gas supplies to Ukraine because of contract and debt disputes. That row left Ukraine's reputation as a gas transit nation in tatters as 80 percent of all Russian gas bound for Europe travels through Soviet-era pipelines in Ukraine.

Gunther Oettinger, the energy commissioner for the European Union, told delegates at a meeting in Odessa last week that the EU is pressing for reforms in the gas transit and the domestic market in Ukraine.

The IMF said all of the deficits held by Naftogaz would be eliminated in 2011 in part through an increase in gas tariffs and a pricing system that "depoliticizes price setting of public utilities."

"Sustained implementation of these reforms will help Ukraine entrench macroeconomic stability, boost confidence, facilitate access to capital markets, and emerge with more balanced and robust growth," said John Lipsky, the first deputy managing director of the IMF in a statement regarding the funds.