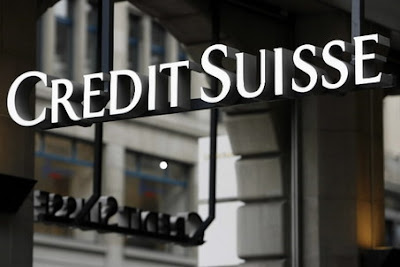 Credit Suisse Nassau’s one-year notes are linked to 24 percent bonds due August 2011 sold by Donetsk Railways, according to data compiled by Bloomberg.

The notes have a so- called reverse-currency feature that allows them to pay interest in dollars, the data show.

Credit Suisse issued the credit-linked notes at a price of 108.06 percent of face value. Such securities typically give investors the chance to take on the risk of a bond they couldn’t otherwise buy because of regulations, cost or other reasons.

Credit Suisse Nassau is a private banking unit of the Zurich-based parent, with branches in the Bahamian capital.

The deal is the third hryvnia issue by Credit Suisse in the past three years, Bloomberg data show.