Bedding Down In Ukraine

August 29, 2010
LEEDS, United Kingdom -- Most efforts to send aid abroad have their logistical problems as most charities can attest to. However that can be heightened by sending something as unwieldy as hospital beds. 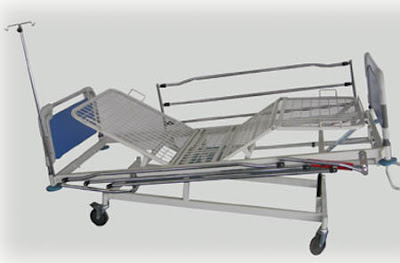 That's what the Leeds branch of the Rotary Club are doing though - providing nearly a hundred specialist beds for a hospital in Ternopil, Ukraine.

BBC Leeds found out just how much hard work goes into such a project.

Anita Rayner is chairman of the club's International Service Committee (ISC), and explained some of the background to the transporting of such an unusual cargo.

"The Rotary Club fund what we call ambassadorial scholars, whereby postgraduate students gain scholarships to continue their education. One of those scholars is from Ternopil and recently returned to Ukraine for the birth of his child."

"He was horrified by the state of the uncomfortable, unsuitable beds in use at the local hospital. So, he asked us if we could help."

"We've managed to source around a hundred beds - mostly from a York hospital - but that's when the hard work starts. Getting the beds to our loading yard to put onto our lorries. Luckily the Lord Mayor, found a company that could do it. They're not your usual beds after all - they're very heavy because of the hydraulics and unwieldy because of their shape."

"However, it's not just a matter of the physical shifting of the beds - these things have to be signed for by officials in Ukraine and that proved a problem as there's just been a change of government over there and finding the right people to sign off the paperwork was a bit of a nightmare.

Even more so, now that the government is more Pro-Russian and less inclined to look favourably on help from Western Europe."

"All of which means that part of what the ISC does is, in effect, diplomacy. We have to be very patient sometimes and try not to lose focus and remember why we've taken on what may seem at the time to be an onerous task."

"Hopefully though, we'll be able to get the beds through to the hospital at Ternopil with little or no hassle. The lorries set off on Thursday (26-8-2010) and will take around ten days to reach their destination... and then it'll be on to the next project."